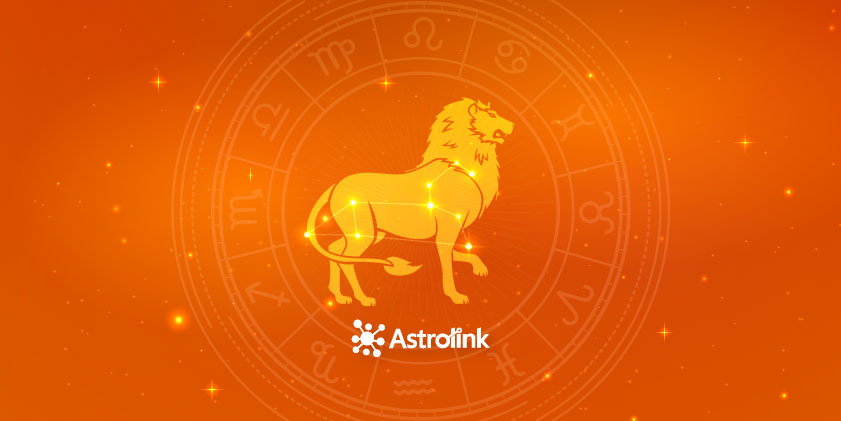 Leo, a sign ruled by the Sun, is the second level of the Fire element (fixed fire). If the Sun is the center of our system, in Leo, the individual is at the center, it is the Sun of their personal universe, warming the world around them, marking their presence in a determined and powerful way. It is an independent, abundant, and safe energy, where for the first time, after Cancerian reflection, the Being gains consciousness of itself as a unity.

It suggests the pleasure of experiencing life with luminosity, it brings out the joy of existing and inspires an optimistic vision wherever it touches. It is where the mind and heart come together to represent the individuality and expansiveness of the Self. Leo draws a line between living and just existing. It is the superiority of consciousness, making men more evolved beings - and thereby feeling unique, special. That is why there is a greater potential for the ego to be more inflated, knowledge through its self-assertion in the world brings great, magnanimous pleasure.

The energy that radiates from the Leo fire tends to make it the center of everything, but often in an authoritarian, dominating, dictatorial, or self-centered way. If used in a harmonic way, this same energy evokes the luminous part of Leo, bringing generosity, warmth, loyalty, autonomy, creativity, exuberance, idealism, optimism, expansiveness, romanticism, and security, increasing its intervention power and generating a fun ingenuity. Vanity, arrogance, self-centeredness, and cruelty are part of its dark side. That is when the king becomes a tyrant and security gives way to the fear of ridicule. Balancing Leo's energy means achieving humility, compassion, tolerance, learning to share, to be loving and positive regardless of other people's opinions or whether or not you are the center of attention.

To you, Leo, I grant the task of showing the world My Creation in all its splendor. But you must beware of pride, and always remember that it is My Creation, not yours. If you forget it, you will be despised by men. There is much joy in your work; just do it well. For this, I grant you the Gift of Honor. And Leo returned to its place.

People with sun in Leo

What Astrology says about Leo.

Having the Sun in Leo means having a strong will to develop the creative impulse of Being. And creativity here can be seen not only as a desire, but also as an extension and expression of the ego itself. It is the mind and heart united to represent a richer and more complex individuality. Leos that operate in the most positive expression of solar energy tend to be affectionate, exuberant, cheerful, optimistic, creative, magnanimous, confident, courageous, self-assured and dignified and, moreover, they bring all this into the lives of those who orbit them. When out of balance, the same energy can make them arrogant, selfish and authoritarian, behaviors that arise when the ego is not yet well polished and understood. When they look only at their own navel, they can become self-centered, doing only what interests them (and almost forcing everyone surrounding them to get into their orbit). They can also become demanding, intolerant and somewhat lazy.

Its astrological symbol is the Lion, the king of the jungle, who lends the leonine his personality of royalty. They always have the belief that everything they do is from the heart and prefer to do things that give them ample scope for creativity, organization and leadership. Although they look strong on the outside, many are sensitive on the inside and their feelings can easily be hurt. They tend to have a lot of personal magnetism, seeming to naturally attract people to have fun around them.

Without considering other astrological positions, they can also develop a spend-thrift tendency, as they are always trying to please others or fulfill their own wishes. The most imaginative of Leos are always thinking about grandiose events or schemes, possessing a certain natural talent to turn their ideas into reality. There is also a penchant for theatricality, for the act of expressing oneself and telling stories in an interesting way, running the show. However, when their pride is hurt or the native is deliberately scorned, for example, the tendency is for them to engage in somewhat excessive theatricality. Many Leos have a hard time with contempt or for people to be indifferent to them.

Any planet in Leo indicates that the ego may be bound by the solar orbit in some fashion. If a person's self-esteem is not strong, they may turn inward for fear of losing approval, or others being contemptuous of or slighting them. When this happens, they can make up for it by placing the spotlight on themselves for attention. And in this quest to reign or feel special, (either consciously or unconsciously) they may want to play the hero or heroine and get noticed. Sometimes, the gesture is genuinely noble, but because they think that deep down they know what is best for the other person, they may not realize what the person really needs and their help ends up being of the wrong kind.

Do you want to know how this information affects your life?

When they relate, they feel, in essence, that they need to admire their partner. If there is no such admiration, the relationship may suffer instabilities or not last long. They can also be stubborn and often resistant to changes, (since Leo is a fixed sign), that are not thought of by them. However, they can accomplish many things in life because of their tremendous obstinacy. That same persistence becomes a valuable resource when used in the form of loyalty, which is generally extremely strong for loved ones. Many have the gift of inspiring others to recognize their own talents. When they use their steady fire to direct the spotlight in extolling someone else's qualities or admiring an achievement, the effect can be magical and revealing to the target person.

They also feel that their dignity can never be attacked. If insulted or irritated to the extreme, they can assume their role as King, sitting on their throne and putting opponents in their right place. They rarely forget disrespect unless their detractors apologize humbly. Even so, it is possible that the friendship will not be the same again, although Leos do not usually hold eternal grudges. Once the disagreement ends, they usually forgive and soften their roar.

Attempts to corner them or demand that they change their behavior may make their more rebellious nature come out. Even so, even when faced with irrefutable evidence that certain friendships, decisions, desires or ideas are not the best, they can continue to affirm themselves for a long time, making it more difficult to admit their mistake. An important tip for them is to maintain self-control, keeping domain over their energy instead of trying to control others. They may have enormous difficulty in delegating authority, and it is important for them to share it with others instead of trying to do everything themselves.

They usually have vitality, good health and great capacity for recovery. They are not usually sad, but they are not immune to such a feeling. Fortunately, their great inner joy, (a solar benefit), tends to make them happy again after some misfortune.

How to become a better Leo?

What to expect from Leo men?

Leos can be imposing, fulfilling their wishes naturally through the energy of the Sun in Leo. In common, they share courage, leadership, energy, loyalty and dignity. They generally like to be the center of attention, radiating their energy and behaving with splendor. Their keen sincerity makes them say what they think, without running around the bush, something that can seem rude at times. They tend to take provocations in stride, but only to a certain extent. Their reaction may be slow, but when it finally explodes, it tends to be radical, fierce and dramatic, although their battles are always fought courageously and fairly. They are magnanimous in victory and dignified in defeat.

They tend to support themselves through their natural efforts and talents, rarely through disloyalty or hypocrisy. The energy and enthusiasm that emanates from Leo helps him to be a charismatic, inspiring leader, thus winning the loyalty of his collaborators. As leaders, they are efficient, but also very demanding. Generally, they do not like to take orders, as being subordinates is not the most comfortable position for Leos.

They are attracted to intelligent people and tend to seek a relationship that lasts longer. That is why it is good for their partner to always know how to innovate, looking for ways to keep the flame burning. Anyone who has a relationship with a male Leo can find qualities that are not exactly attractive, as he can sometimes be self-centered, demanding, arrogant and presumptuous. They know the power they have to influence people and can look for ways to increase that influence. However, they are good companions, parents and friends due to their loving and generous nature, as well as being tender, attentive and very loyal.

What to expect from Leo women?

The strength of the Sun in Leo makes attentions turn to the female Leo. And she embraces that attention, naturally showing her exuberance and magnetism. She tends to inspire and lead as naturally as if it were her right and duty. She may even consider herself a woman apart from others and even at the simplest times display her theatricality and creativity. She has an incredible ability to enjoy life in a happy and expansive manner.

Generous and affectionate with her friends and in her relationships, she only tends to be cold and distant with those who are not part of her circle. If someone steps on a female Leo’s toes, she can cut off the friendship or begin treating such clumsy people with great indifference. Determined and assured, female Leos exudes charm and only a few can resist her natural magnetism. However, for her to be interested in someone, the latter must first earn her respect. Leo women tend to need to see merit in their partner, to feel that they are worthy of their admiration. If this is the case, you will become a friendly and loyal partner, able to face the worst problems that arise in your life as a couple.

For her, in a relationship there must be equality for both, which is why she repudiates domineering or manipulative partners. When she needs attention, it is good for your partner to be around. Leo females tend to have big egos, so they can be very demanding. All loyalty, affection and sympathy can suddenly end if they detect any serious character flaws. As they tend to be sincere, they cannot stand disloyalty. They often feel more fulfilled with smart, secure and independent partners who do not, however, overshadow them. A queen needs to be admired.

The other stars when positioned in Leo

Part of Fortune in Leo

Discover the importance of Leo in your birth chart.