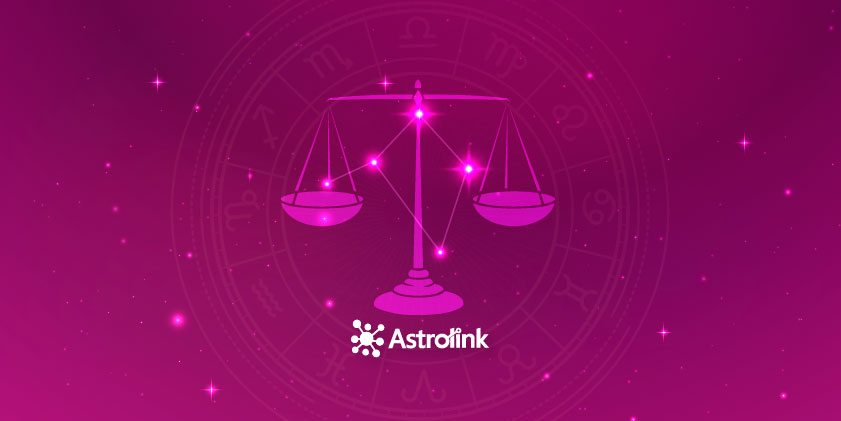 The first six signs of the zodiac (from Aries to Virgo) represent the attention of the Beings turned inwards to understand and develop their individuality and their position in the universe. The six posterior signs (from Libra to Pisces) represent their outward attention to the world and humanity as a whole. These are called social signs.

Second sign of the Air element (cardinal air) and ruled by Venus, Libra transcends a divided Universe: it is the union between the “I” and other individuals, making possible the understanding, pleasure and advantages of relating to other people. In this context, a unique vibration is generated that makes the lonely Self escape its inner prison by recognizing and learning to interact with the other.

Libra is the sign that governs interpersonal relationships in general, it is the bridge between the individual and society. After the organization established by Virgo, it is the process that the Being goes through to analyze its behavior, exchanging experiences and knowledge. The individual starts to exist in the other as well when realizing what their interactions and partnerships can bring. Libra is the socialization of Being and an energy that inspires a good sense of justice. It is the scales that balance and politicize.

This awareness of self-identification through the other generates a higher sense of communion that is part of a slow evolutionary process. Loving is nothing more than discovering in the other what we do not know about ourselves, it is the rich exchange through our relationships. For those born under Libra, this pleasure of relating and uniting is even more special, bringing more fullness to the Being.

Libra sign carries a cooperative, impartial, sociable, diplomatic, democratic, harmonizing, and friendly energy. Its less luminous side can be dual, futile, apathetic, fickle, and indecisive - the wise becomes pedantic, the intellectual becomes fickle and the peacemaker is indecisive and prefers not to compromise, abstaining from important decisions. Balancing these energies brings tolerance, devotion, solidarity, and justice. It means being open to the ideas of others and learning to identify the information you need to make the right decision. Situated opposite Aries, Libra seeks balance, harmony, and companionship, unlike the self-centeredness and belligerence that can exist in Aries.

To you, Libra, I bestow the honor of serving. And that you may teach men duties to themselves and to others, and that you may also learn the art of cooperation, as well as the ability to reflect the other side of things, I will take you wherever there is discord. And for your efforts, Libra, I will grant you the Gift of Balance. And Libra returned to its place.

People with sun in Libra

What Astrology says about Libra.

Librans are very, (sometimes even extremely), sociable. Only very rarely will you find an antisocial Libra. As they like and value human interaction a lot, it can be difficult for them to be alone, as they feel they need to share their experiences with someone.

When single, there is a tendency to fall in love suddenly or to be constantly flirting because of this more sociable nature. Thus, they can often live together with someone all of a sudden or in a hurry, without thinking, which can make the relationship difficult, since there is no basis or time for it to form or become sustainable. Marriage, togetherness and development in relationships are important for this first of the social signs, where in relationships they tend to return what is given to them, fruit of the cooperative, political and friendly energy of this sign.

Some Libras may seem colder or unable to make more direct and quick decisions. However, this is not the case for those who have already achieved a higher level of consciousness. Scales are the astrological symbol of Libra and Libras always need both balance and thought. Generally, they want to be appreciated by everyone, so many try to do everything for it. They tend to see themselves through other people's eyes, so if they are around negative people, they may even have a negative view of themselves, which means it is especially important for them to have good and reliable friends and acquaintances.

They may also have a certain fear that if they speak exactly what is on their mind, the other person may thus not like it. Therefore, learning to express their needs and desires directly is of fundamental importance to them. This desire to please everyone can cause them to be harmed in some situations, as they have some difficulty in saying no. Throughout life, they need to learn to take a position in a more direct and agile way, taking a little less into account the need to be loved by people.

Maintaining balance and harmony can be so important for Libras that, when trying to balance a situation, they can even nullify themselves instead of directly addressing the imbalance factor, which can be quite harmful in relationships.

It can also be more difficult for Libras to remain emotionally stable if there is discord around them, so they may want peace at any price. Since they have the inherent ability to understand both sides of a situation, they often do not like to take sides, remaining impartial in an argument. As both sides always seem reasonable, they need friends who are good and impartial, with whom they can talk to make things clearer. Once they can see problems as a whole, they give practical and fair advice.

Do you want to know how this information affects your life?

Indecision, in fact, can be one of the most difficult characteristics for Libras to overcome. If they wait too long to make a decision, they can miss out on excellent opportunities. Because of this, it is sometimes quite easy for others to influence their opinion. Someone with a stronger personality can influence an easy-going Libra, up to the point where the latter is unable to make a move without consulting such an expert. They need to learn to think more for themselves and to defend their own beliefs and principles.

Despite their possible reluctance to face confrontations, people with the Sun in Libra (or with a strong Libra element in their chart) tend to have greater willpower, due to their cardinal (i.e. ambitious) nature. When they decide on a goal, they always find a way to succeed, usually using their intelligence (and charm). They tend to get what they want with a certain controlled subtlety: they seem subtle, but they always have a determined and fierce goal in mind. Their gentler exterior can mask an indomitable personality.

However, when this tactic does not work, Libras can move out of their standard characteristics and become more determined to resolve the issue once and for all. This change in attitude usually takes effect, as it catches others off guard and allows them to take control. But if they are sure they will not get what they want, no matter what they do, they will not hesitate to move away from a situation without giving further explanation.

How to become a better Libra?

What to expect from Libra men?

Libras do not usually endure loneliness and they know how to choose the right words to convince those in need, be it on the emotional level or at work. This makes them popular in any circle, but it can also turn them into people looking for multiple relationships, as they may have difficulty being alone. They tend to be liberal and tolerant, understanding that imperfection is something natural in human beings. However, if they find the right partner, they tend to settle down, because, in fact, they seek companionship, harmony and balance. Librans can be great companions, as they can put their egos aside more easily and see things from the point of view of other people. In a stable relationship, they generally become loyal and loving, often leaving their own interests on the backburner.

They are even able to act against their will just to please their partner, without really saying what they feel or what they want. Librans usually hate confrontations or fights that can interfere with the harmony and balance of their life, household or relationship. As a result, they make a great effort to prevent this from happening. They may seem weak, but the tendency is for them to make concessions so as not to be dragged into discussions. This conciliatory and diplomatic nature tends to be an integral part of people with the Sun in Libra.

What to expect from Libra women?

Libras tend to be diplomatic, charming and sociable, constantly seeking harmony and balance in their lives. Their behavior in general is smooth, as is their manner of talking to people. They tend to look for someone to share their feelings and, like all Libras, it can be difficult for them to be alone. They may feel the need to have someone by their side, even if they are competent and self-sufficient at work.

Some Libra women may show a fragile and dependent side, but they do so to help set an elaborate love trap. After a person falls into it, they can be persuaded to carry out their Libra partner’s whims and wills. Libra's persuasive power can make someone change teams, religions and even cities. Perhaps there is no other energy so effective in persuading, although they generally do not allow such persuasion to affect them. In fact, the person who relates to a Libra woman probably does not even notice that she is really the one who makes the decisions. He may even die thinking that he decided everything, when in truth the Libra is the one who steered the boat.

Eternally in love, she can have several relationships before settling down, because she does not usually enjoy being alone. In fact, she is looking for her balance, for an ideal relationship, so she tends to idealize her partner too. When you love someone, you tend to do everything for them. As she has a well-developed sense of loyalty, she also wants her partners to be faithful, loyal and to repay all the effort she invests in them. And that return is worth it!

The other stars when positioned in Libra

Part of Fortune in Libra

Discover the importance of Libra in your birth chart.